Say hello to WordPress 4.4 – Clifford. In this new version, WordPress focused on the release of their new default theme and a significant improvement with the system’s taxonomy, comments component and REST API. In the following post you can read about all the new WordPress updates and read about all that is new in Pojo.me. But before anything take a peek at the official video of WordPress 4.4.

Just like in the previous five years, so too this year did WordPress release a new theme in the name of Twenty Sixteen where again minimal emphasis was placed on design. This is very helpful for web developers to familiarize themselves much easier with the new features that are added in the new version. 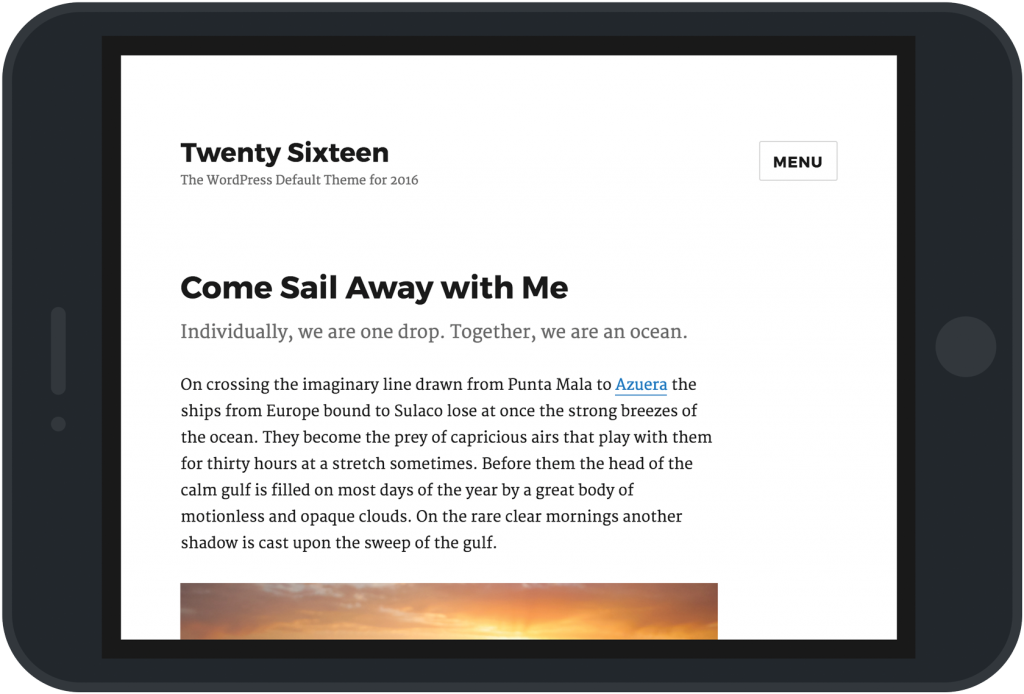 As a default, every new picture that is uploaded into your WordPress media file, will be cropped not only to the original size but also to a large, medium and thumbnail. Let’s take, for example, a picture of yours which is 1200/800 pixels. You may not necessarily want to use these measurements for your mobile. For this exact reason WordPress included a good support for responsive images which allows the software to automatically display the right image based on a device’s screen size. This will ultimately decrease the amount of bandwidth used to load websites since smaller pictures have smaller file sizes.

This has became a constant thing with WordPress. With each new version comes additional options to embed content from other trusted sources onto their visual editor. This time WordPress has extended this feature by merging oEmbed API plugin into WordPress core. What this means is that you can now embed posts from your site by just pasting its URL. Other features include: Cloudup, Reddit Comments, ReverbNation, Speaker Deck, VideoPress.

Over two years WordPress has been working on developing API to allow interfacing with the system by means of a third party. In the last half-a-year they have upped the pace and in this version added significant components, specifically with the add-on REST API. In short this is what makes developing apps, web designs and mobiles with WordPress much much better. This program is very important to the whole future of how the system will operate in its next stage of developing internet sites.

It’s safe to say that this is probably the most significant addition for developers using WordPress in the last couple years. The past versions always added a new feature relating to taxonomy, but in this version they have actualized their final update. Up until now it was possible to add metadate only to posts, comments or users. From here on out it is possible to add additional information also to the taxonomy. In other words if you want to add to your taxonomy a picture or other details, in this version it is possible to do so with a few codes. For more information go to JustinTadlock’s post.

What’s new with us?

Today we released a new version to all our themes with a few additional improvements and updates, which of course provides full compatibility with WordPress 4.4. Please note that if you are upgrading to 4.4, you must update your theme to our latest version.


View all posts by Ariel »